On this site, I try and always present things in metric and with weight measurements.

Imperial measurements (and their US derivations) were great in their time, but they’re not terribly good for consistency’s sake; especially on a global scale. Aside from issues with scalability (quick, how many ounces in 14 gallons?), some units are entirely different in different countries.

(NOTE: I have rounded off some measurements to the hundredth or thousandth decimal point to avoid long strings of numbers.)

In the US, there are two different volumetric measurements for a gallon. One is 3.79L (fluid), the other is 4.4L (dry). Why? Who knows. And then there’s the imperial gallon which is 4.546L, fluid or dry. A liquid gallon between the US is only 83.3% an imperial liquid gallon.

How many ounces in a pint?

If you’re in the US, it’s 16. If you’re in the UK, it’s 20. The UK pint has 20% more in it. Sure, some may already know this in regards to beer, but if someone in the US follows a recipe for a blueberry tart from the UK, and it asks for a pint of berries, there’s a problem. Or a pint of milk, likewise.

Okay, so gallons and pints aren’t used that much in home cooking (but they are still used in catering and restaurants). 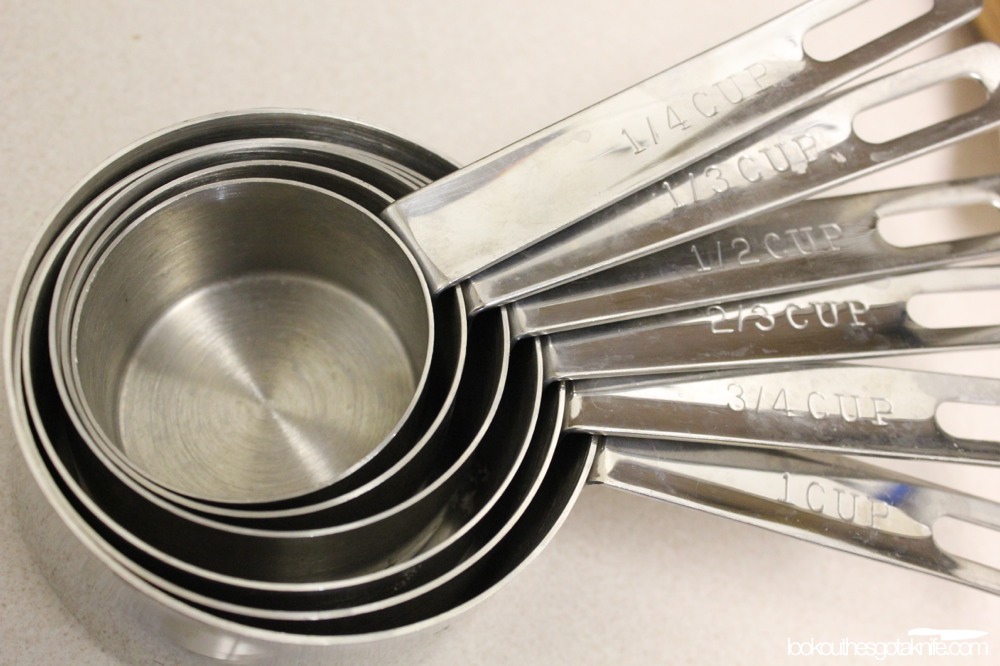 What about cups? They’re pretty common, right? There out to have been a standardized cup by now, yeah?

In the US, a cup is 8.33oz (246.4mL) but a cup is regarded by US law as being 240mL. To confuse you more, a cup was originally defined as a half-pint, or 8 oz (236.6mL). Wait you say, a half an imperial pint is 10oz, so is an imperial cup 20% larger as well? Yes it is, at 284mL. In Japan, a cup is defined as 200mL, except when you’re talking about a “gō” which is the more traditional measurement also referred to as a cup in English translations. It’s a piddly 180mL. Even more annoying, other countries have tried standardizing on a metric-based, round number cup at 250mL. To insult common sense even more, some countries actually use household tea cups as a standard of measurement.

Let’s get smaller and look at fluid ounces. Because they’re fractional units based on larger ones, they too have varied worldwide. In Imperial, a fluid ounce is 1/160th of a gallon, but in the US, a fluid ounce is 1/128th of a gallon. And we already know that US and Imperial gallons are different, so ultimately we can guess that ounces are different too. And we’d be right. An imperial ounce is 28.41mL. In the US it’s 29.57mL. And because they’re wacky, for food labelling purposes they use a round 30mL to define an ounce.

And of course, there’s ounces as weight. At least there’s been some standardization on that. Well, maybe not. Because there’s the avoirdupois ounce (regarded as the standard) which weighs 28.35g and the troy ounce, which weighs 31.1g.

If you’re confused about measurement systems, you’re not alone. 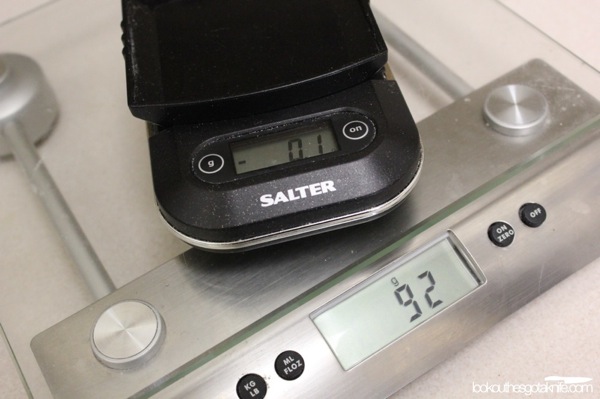 A gram is a gram, the world around.

In Metric, there is only one base-10 unit of measurement for each category, with greek fractional prefixes differentiating (kilo, giga, pica, milli, etc.) larger or smaller quantities. In addition, relative measurements are also tied to one of the most common substances. 10cm³ = 1L = 1kg water. This makes scaling much easier, and offers nearly infinite room to move.

If you’re a merchant and selling locally, a pint will always be a pint, and an ounce will always be an ounce. Globalization mixed with measurement systems that don’t match up meant that a pint wasn’t always a pint and an ounce wasn’t always an ounce. Something needed to change. So countries started adopting the metric system en masse. Over the course of about 100 years most of the world had switched.

I didn’t forget about weight.

The reason my recipes use weight for non-liquids is pretty simple; packing of volumetric measures. As an example, 250mL of flour can weight anywhere from 135g to 170g, depending on how it’s packed.

Because of this, if you do everything right in a bread recipe, but pack your flour measurements too much, your bread will be dense and dry and may not even rise. This makes weight measurements far more accurate.

Want to be a better cook? Buy a scale and use it, always.