Like me, you’ve probably received one, two or three creme brulée torches as gifts for birthdays or Christmas; most likely because of the simple fact that people know you love food. I will heretofore refer to them as “kitchen torches”. 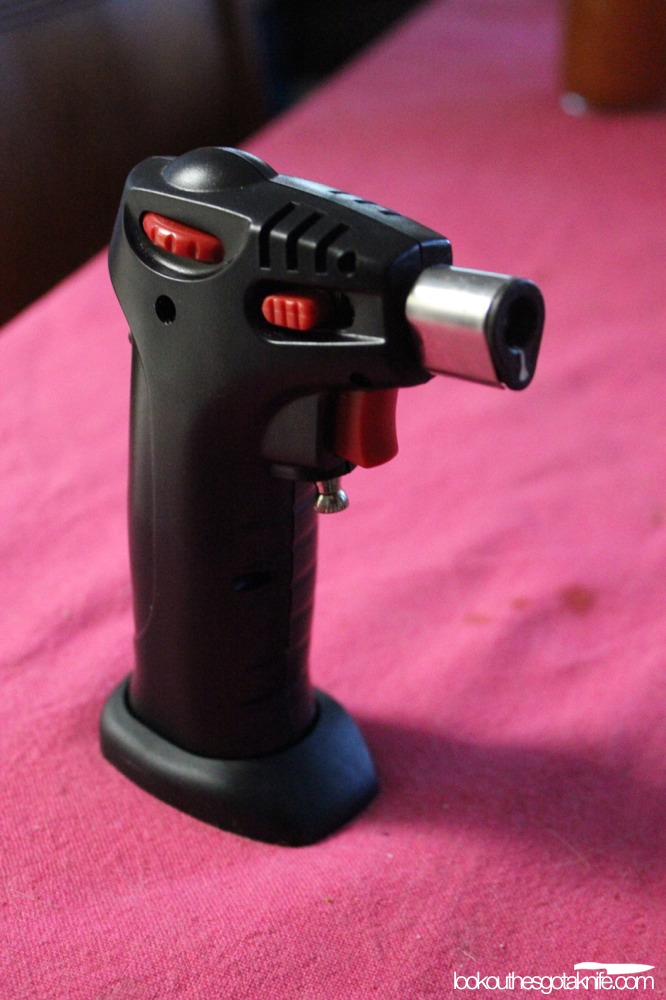 And again like me, you probably believe there’s not much you can use them for, other than melting sugar. Well, I used to believe that. Not so much anymore.

So what are they good for?

Setting things on fire, for one. Okay, so I’m not recommending that you go out and torch someone’s house (unless they are your nemesis). They are great however, for starting a smoulder on wood chips for stovetop smoking of foods. In order to get wood chips smoking, you need a lot of heat, which can be provided by a stovetop. But the actual act of smoking is best at lower temperatures, as higher ones can create nasty bitter and tar-like flavours in foods. You’re best to start your wood at a high temperature and reduce down to keep the smoulder going. This can be done in a better and more controlled manner by lighting the wood chips with a kitchen torch first.

What else are they good for?

Sterilization. If, like me, you’ve done some canning in your lifetime, you’ve no doubt spilt some food on the lip of a freshly sterilized jar. This means after the jar is full, you’ve now got to wipe the edge down with a wet cloth or paper towel. Who knows if you’re introducing new microbes to what was once a sterile jar. Worry not. The flame of that torch will instantly sterilize a jar’s lip! Caution must be taken though. The heat is strong enough to crack or shatter the glass if held in one spot for too long. Use quick passes.

You can also sterilize away those nasty microbes hiding in the gaps in your evil, riveted cookware. Just run the torch over the rivets until well hot. This shouldn’t be done on non-stick cookware however, as the high heat can damage the surface. Use a bleach/water mix with a stiff non-metal brush and hope to hell you kill everything. Or, you could toss it away and get some nice welded cookware. But who am I to say welded handles are better? (But really, they are.) 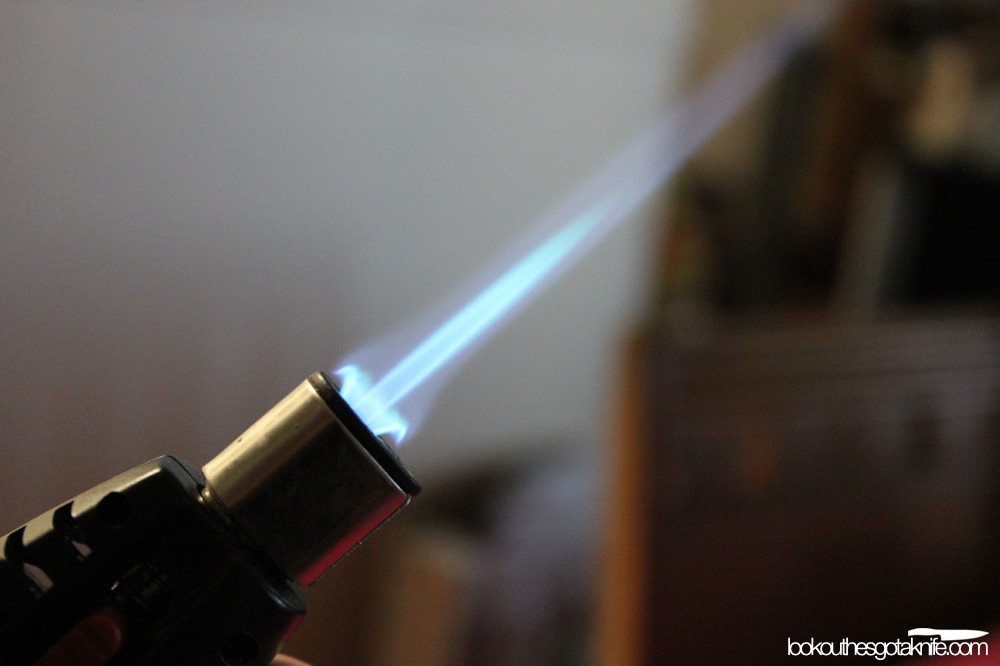 Is there something else I can use a torch for?

Destroying bubbles. It’s a technique used by pastry cooks, actually. When something like a setting custard (like a flan, creme caramel or creme brûlée) is portioned into ramekins or moulds, its high protein content causes it to have a tendency to foam or bubble at the surface when poured. Unfortunately, the protein also makes those bubbles quite resilient, and many will remain throughout the cooking process, as the slow heat that custards are cook at means “skin” of the bubble ends up setting before the air within it gets hot enough to expand and break it. The solution? The magic kitchen torch, of course! Running the flame of a torch near the liquid surface (but not directly touching) causes the bubbles to heat up, expand and burst, leaving you with a pristine, smooth surface ready to go into the oven.

This doesn’t just apply to custards. It works for just about anything where bubbles can be problematic. Filling molds with bubbly chocolate? Torch to the rescue! Worried the bubbles will set in your fresh grape jelly? It’s a bird, it’s a plane. It’s kitchen torch! Creating a naturally flavoured fruit syrup and bubbles getting you down? Get Commissioner Gordon on the phone and point the torch-signal to the sky.

What shouldn’t I use it for?

Browning meats. I’m sure you’ve seen a sous-vide or low-temperature cooking demonstration where a cook browns the surface of a steak or a roast with a blowtorch. Well, it’s likely that torch is propane or oxygen based, and burns at a much higher temperature than your standard butane creme brulee torch. Unfortunately, your humble kitchen torch isn’t powerful enough for browning meats, making it uneven, prone to burning meat and just plain time consuming. Not to mention that butane can leave a distinctive flavour on meats.

Anything else I should know?

Of course, there are other things you can do with a torch, but I’ll leave that to another post at another time. Or you can discover others on your own. Just rest assured that butane derringer of flamey love need not sit in a cupboard collecting dust forever. It can have many uses if you just give it a chance.