So, your dish sucks. It lacks flavour, and adding salt only makes it taste salty. What can you do next time to avoid this situation?

Add a touch of butter, extra virgin olive oil or other flavourful fat to your flavourless oils.

Let’s face it, canola and grapeseed oils are great for not imparting a flavour and have a high heat tolerance, but that’s about it. They won’t add much to how your dish tastes. This is why it’s a good idea to add something else.

Due to its acid and protein content, butter helps aid the browning of food, as well as adding luscious flavour. Extra virgin olive oil ads an earthiness. Nut and seed oils can be added to other cooking oils and will add a small bit of flavour. In fact, a few drops of sesame oil to canola when searing serves to accentuate the classic flavour pairing of tuna and sesame seeds.

This means browning the edges of a steak, not just the flat sides. Easy. Don’t stop at grey, make sure you can get as much brown on your meat as possible (short of burning it, of course). Use a high heat to get a brown crust without overcooking the interior.

Buy fresh local produce, preferably from the farm itself.

The longer a distance that produce has to travel to get to you, the earlier it needs to be plucked from the tree/vine/earth. A lot of flavour and sugar in produce is made in the few days between “underripe” and “fully ripened”. If that fruit or vegetable isn’t on the vine while it ripens, it doesn’t end up with as high a concentration of sugar or flavour components. 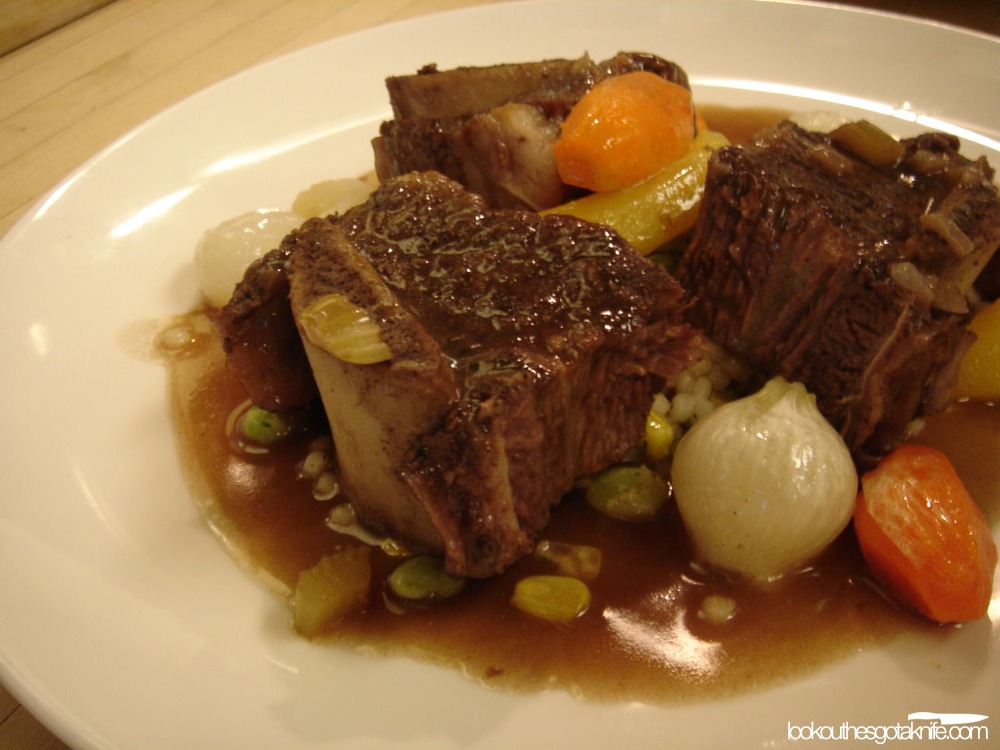 As meats age, they lose water through natural evaporation. In doing so, non-water soluble flavour components end up being concentrated. A freshly slaughtered animal is drained of all blood and hung in a cool, humidity controlled environment for an amount of time. Almost all meat is aged for some period of time, simply to allow the stages of rigormortis to occur before sale, but longer period aging is done for flavour. Beef can be aged for 60 days or longer, concentrating those compounds creates an intensely beefy, nutty flavour. This is most of the reason why steakhouse steaks usually taste far better than those you can buy from the average grocery store. In addition to evaporation, enzymatic and bacterial action occurs. The enzymes begin breaking down the meat (increased tenderness is an added bonus), and the small amount of bacteria that invades the beef adds a blue-cheesy, slightly acidic flavour. Don’t worry though, the environment is heavily controlled and safe. Always cooking with dry aged beef can be cost prohibitive, but it’s well worth it for dinner parties, special occasions or those days when you really want a nice, flavourful steak or roast.

Reduce stocks down before using.

The whole reason we add stock to sauces is to add flavour. Reducing them just concentrates that flavour. If your recipe calls for 2 cups of stock, use 3 cups and reduce down to 2 before using. Simple as that.

If using packaged stocks, buy low- or no-salt varieties and taste regularly while reducing. If they start tasting salty, take them off the heat and add a few tablespoons of water. Don’t reduce further.

Make your own stock.

Home made stocks almost always have more intensely meaty flavour than the store bought varieties. Part of this is because commercial stocks are usually reduced as little as possible. But another part is the fact that most of them aren’t just meat and vegetables. Often, flavouring agents and soy are used as flavour fillers. A homemade stock is generally meat and/or bones, vegetables and herbs, nothing more. As such, you can control the reduction and salt content, and thus the flavour.

Make your own demi-glace and use it regularly.

If you reduce down a homemade stock, it will eventually develop a dark colour and sticky texture, and when refrigerated will solidify into a dense gelatinous solid. That state is called “demi-glace”. The stickiness is a concentration of the collagen (AKA gelatin) removed from the bones and meats. It adds a wonderful, finger-lickin’ good, full texture to sauces. With that reduction also comes a concentration of flavour. A few drops of demi-glace on a plate can be more than sufficient. In fact, it’s so concentrated that demi-glace is extremely high in umami. Which is why it’s a great addition to many foods. It freezes well, so it can be frozen in an ice cube tray, then stored in a freezer bag. Adding a cube of demi-glace to a sauce dramatically increases and magnifies the flavour.

Note: most commercial stocks cannot be made into demi-glace as all the natural gelatin has been removed.

If you however take 187mL (¾ cup) of heavy cream and 750mL (3 cups) of stock, and reduce that down to 313mL (1 ¼ cup), what you’ll taste is magic. Cream/stock reductions are lucious, rich and are a flavour far beyond that of their two components. Reduction concentrates flavour, but can also create new ones.

Make gravies from stock, not drippings.

My mother used to make her gravies from pan drippings, but it wasn’t always flavourful. Not to mention that if the drippings burn on the bottom of the pan at all, you’ll add some bitterness when you deglaze the pan.

My preference is to buy a bag of {insert meat type here} bones, roast them very well (just short of burning them), add water to make a stock, reduce that down and make a gravy from that. You’ll end up with a more predictable, better tasting product.

Use the right cut of meat.

If you make a lamb stew, tenderloin is a terrible cut of meat to use. It’s got a light flavour that can be overpowered easily. Shoulder is better, but shank or neck is best. For stews, soups, braises and stocks you generally want cuts of meat from parts of the animal that do the most work. Tougher cuts like these have more flavour, but will tenderize with long, slow cooking.

Likewise, if you want a light flavour, you choose cuts that come from lesser-used muscles, like loin, tenderloin, flank and belly.

Use a bay leaf.

Just about any savoury liquid can benefit from being cooked with a bay leaf or two. Really.

Put a lid on non-reducing liquids.

Evaporation means that water soluble flavours escape into the air. If you’re not reducing a liquid, like say, if you’re making a béchamel or a soup, put a lid on it. This helps trap in volatile flavour components and as the evaporated water condenses on the lid, it will fall back into the liquid and take the flavour components with it. 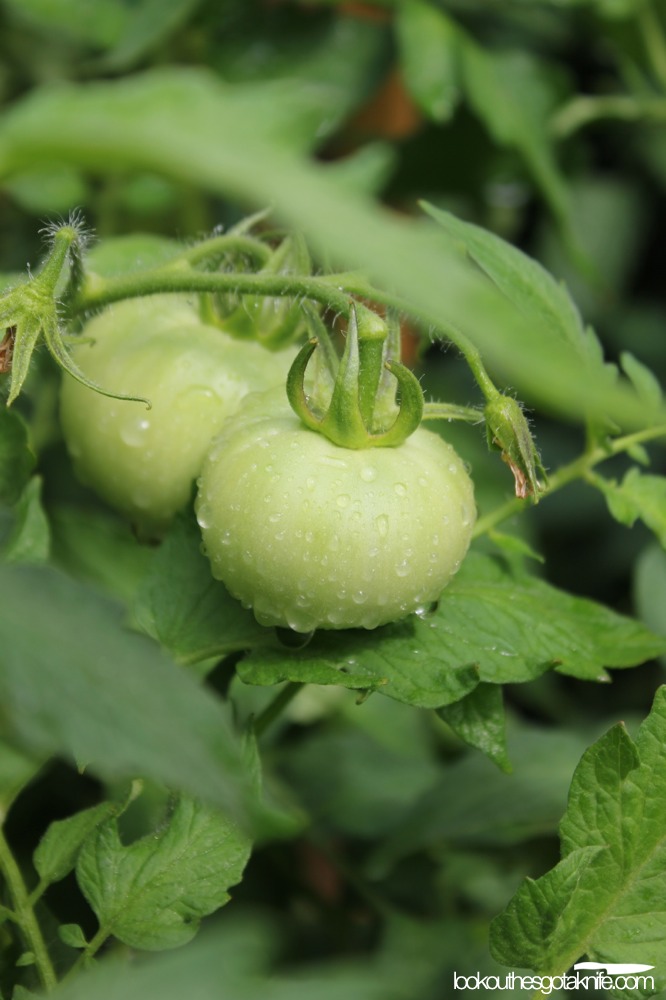 Cook with all parts of the plant.

There’s a reason “sprigs” of fresh herbs are sometimes called for in recipes, rather than just the leaves; the stems contain a great amount of flavour, usually the same or complimentary to what’s offered in what’s attached to them. This doesn’t just apply to herbs.

The hard, woody stems you generally cut off from asparagus are an excellent addition to asparagus soups, either blended in or steeped with the stock you add.

Broccoli stems taste almost identical to the florets, but have a smoother texture when cooked. Peel the stem and cut it into thin discs so that it cooks quickly, and serve mixed in with the florets.

Carrot tops can be finely chopped and tossed into glazed carrots in place of parsley. They are remarkably similar in flavour as they’re in the same family.

Use both fresh and dried herbs when herbs are called for in liquid-based foods.

Use dried herbs during cooking, and fresh herbs at the very end. Dried herbs don’t discolour and release flavour well over longer periods of time. Fresh herbs have a brighter flavour which can be lost through cooking. Cook a tomato sauce with dried basil and then add fresh to garnish, or use dried tarragon for the vinegar reduction stage of a béarnaise sauce, then add some fresh chopped to the sauce just before serving.

Look at other similar recipes.

If you’re making a ratatouille and have a specific recipe you’re using, looking at other ratatouille recipes can give you ideas on how to increase your flavour. 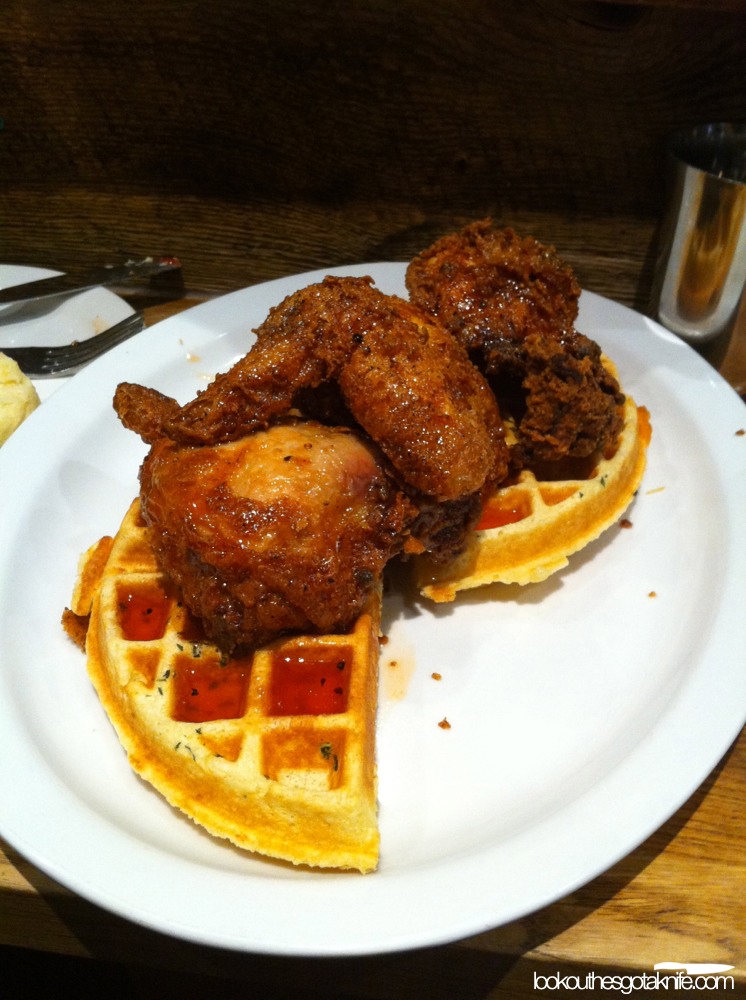 Balance is regarded as an equilibrium between one or more flavour senses; salty, sour, sweet, bitter, umami (savoury) and increasingly recognized “fatty”. Generally, “spicy” is considered part of balance as well, though we have no specific taste receptors for it. A good homemade salad dressing is an excellent example of balance. If done well, it will be sweet, salty, sour and fatty in a way that none of those four sensations stand out, but exist in harmony. Asian foods tend to aim for a similar balance of sensations.

If a savoury food is lacking something, try a splash of vinegar, lemon juice or dry wine. Often, this will brighten the flavour substantially, and bring the dish closer to balance.

I’ve got more to say about balance, but that’ll have to wait for another post.