The folks over at Gilt Taste have a series called “The Art of Plating”, demonstrating how specific chefs plate certain dishes. I’m one of those cooks who’s fascinated with presentation, even though I’m nowhere close to mastering it. Modern plating techniques are—simply put—organized chaos, and I love looking at food that’s been plated in this style. Having been a graphic designer prior to a cook, I can recognize the amount of work and thought that goes into these well-designed plates. Combining organic and geometric shapes into something that looks unnatural and natural at the same time is a tough feat. 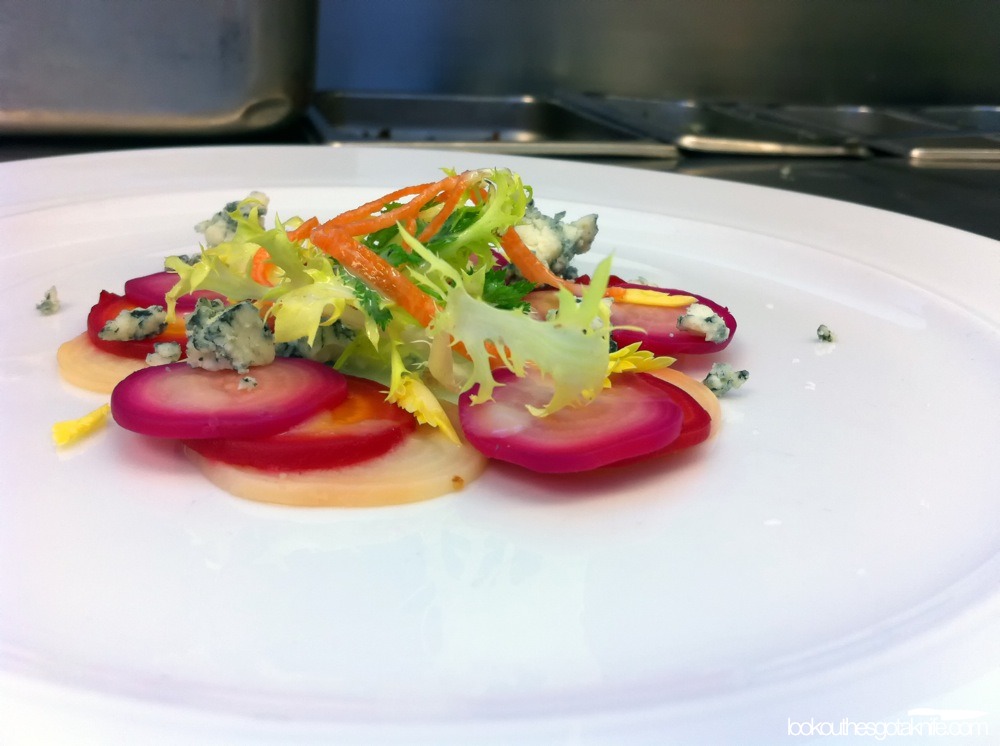 Throughout culinary school, I was often annoyed by the lack of demonstration of actual plating. We were told how important it was, and how you eat with your eyes first, but other than a few mentions in different classes, there was no time at which it was a focus. I suppose they felt that if we could master the techniques in the cooking aspect, we could probably figure the presentation out on our own.

It wasn’t until I was out in the industry that I was really given to understanding the intricacies of a well-designed plate. Even then, I’m someone who likes strict description and instruction. Chefs, despite such sharply creative minds can be blunt with their tongues. Directions like “make it less symmetric” are more than a little vague. So I ultimately learned by watching and taking a *lot* of pictures. I would take photos of dishes that weren’t even my own responsibility, all in an effort to understand better the art of plating. And every time I see something truly incredible, I’m humbled and try to learn as much as I can from it. 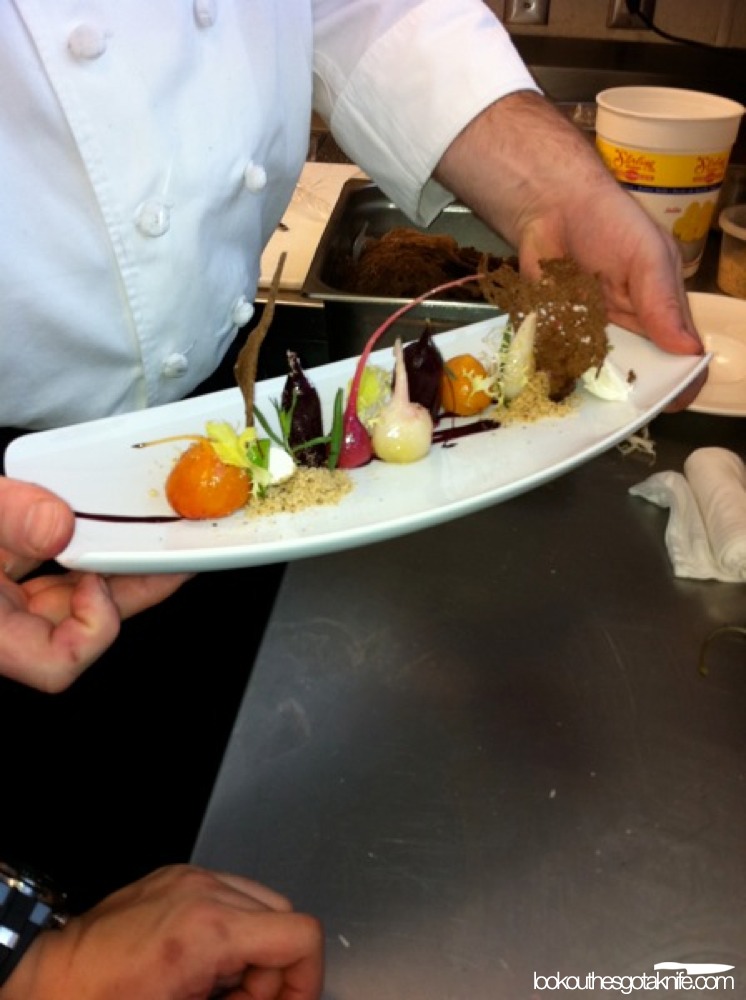 What especially piqued my interest with the Gilt Taste story are the demonstrations by Michael Laiskonis, former Pastry Chef at Le Bernadin and now Creative Director at ICE (the Institute of Culinary Education). His work is especially beautiful, and though I’ve never tasted it with my mouth, I have by all means tasted much of his work with my eyes.

I won’t post any pictures of his stuff here, but instead I highly encourage you to visit the three (Well, four) plating demonstrations he did and see for yourself. Complexity and simplicity, organic and inorganic. It’s awe inspiring to me, and hopefully you get as much out of it as I do.