Hypocrisy, Thy Name Is Mars

Mars, Inc., the company that makes Mars bars, has tried to distance itself from the unhealthiness of the deep fried Mars bar.

There’s absurdity in this.

Forget that filled chocolate bars in a style similar to the Mars bar style are generally regarded as less-than-healthy snack. Even unhealthy snacks are okay in moderation. There’s far more to this though. 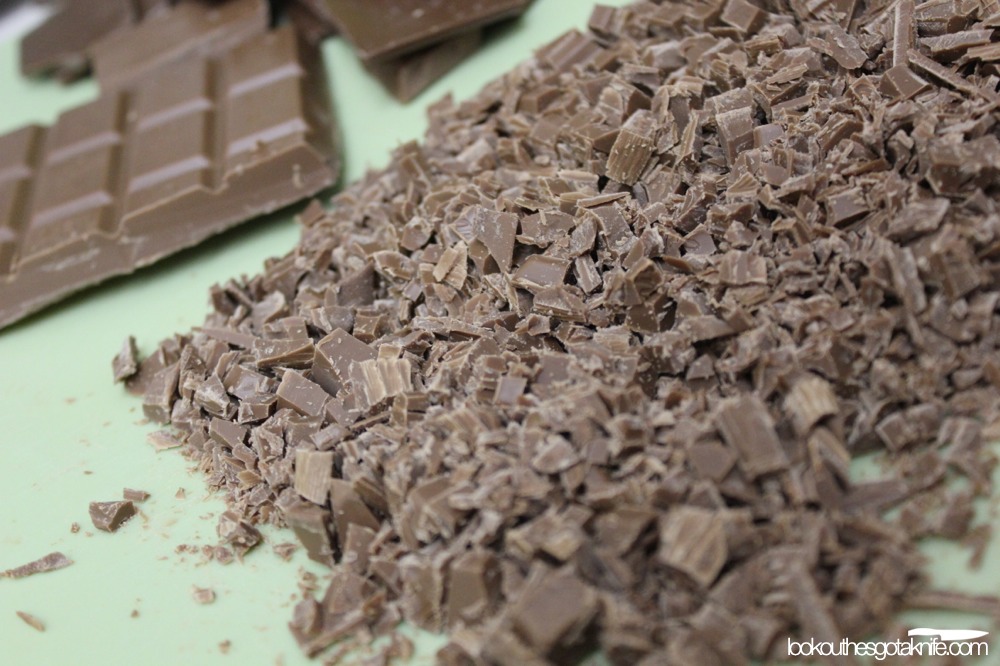 The most widely accepted definition of “chocolate” is cacao mass (cocoa powder) mixed with varying degrees of cacao fat (cocoa butter), and sugar (generally cane sugar). Many countries have a required minimum of 20% dry cacao mass in order to legally carry the term “chocolate”. Milk chocolate must contain dairy ingredients (milk powder, milk, etc.). White chocolate (if local laws allow it to be called so), is cacao fat with milk and sugar. Vanilla or Artificial Vanilla are generally allowed as well.

Cacao beans are roasted, ground down and the fat separated from the solid. What you end up with is about the same amount of dry and fat ingredients. The dry solids (cocoa powder) accounts for most of the taste of chocolate. So aside from chocolate itself, cocoa powder is used in baking ingredients and other chocolate-flavoured foods.

The fat component (cocoa butter) is remarkably shelf-stable, as it contains many anti-oxidants that keep it from easily turning rancid. Aside from being used in chocolate, it’s also quite highly prized and commonly used in the cosmetics industry.

This means that while the food industry takes most of the solids, the cocoa butter is fought for by both the food industry and the cosmetics industry. And simple economics tells us that greater demand means greater costs and lower supply.

Cocoa butter is not as necessary for most of the flavour of chocolate to be conveyed. It’s benefits are shelf-life and texture, but it does have unique flavours of its own. This is why white chocolate doesn’t just taste like sweetened fat.

While Mars is attacking the unhealthiness of deep fried Mars bars, Mars Inc. is a member of the Chocolate Manufacturers Association. Nestlé, Hersheys and other smaller companies are also members. This group has tried several times in the past to lobby the U.S. FDA to have the definition of “chocolate” changed, and they did this quite aggressively. Why? So that it can be manufactured with less expensive, less healthy ingredients.

The Chocolate Manufacturers Association has asked for several changes to the definition that would include dairy substitutes like soy or almond milk, sweeteners instead of sugar, and most heinously, partially hydrogenated oils in place of cocoa butter.

Basically, a “milk chocolate” bar could be comprised of cocoa powder, shortening, soy milk, and aspartame. This mixture then introduces a few other problems:

1) Texture. Chocolate’s texture is rather distinct. Its crisp, but also soft. Firm, but silky and easily melted. These qualities don’t exist in many foods, and aren’t easily simulated.

2) Structure. This is somewhat tied to texture, but also stands independently. Much of chocolate’s structure comes from cocoa butter’s ability to crystallize. It helps make what should be a soft semi-liquid into a crisp, firm solid. This firmness is only obtained through a tempering process. Sugar too adds to this structure.

3) Flavour. While not strong, Milk and Cocoa Butter have very distinct and complex flavours that may be hard to simulate.

The flavour is likely the easiest to simulate from a food science aspect. But what once only potentially contained vanilla or vanillin as a flavourant, will now likely contain tens or hundreds of additional volatile compounds to simulate the lost flavour of milk, cane sugar and cocoa butter.

The structure and texture will be more difficult to replicate. As soy or almond milk are thinner than dairy milk, thickeners like guar gum will likely need to be added so that the melted “mocklate” will have the same viscosity in the mouth. Because milk has its own natural emulsifiers, additional lecithin might need to be added to keep the product from separating at room temperature. If time is no problem, chocolate can be conched for longer, creating smaller particles requiring less emulsifiers. But the big chocolate bar manufacturers already rely on lecithin for many of their products because they can already reduce cocoa fat by 8% by using it, so it’s likely they’ll just use more. Unfortunately, lecithin is not completely flavourless, and can be tasted depending on the amounts used.

Crystallization is an even harder beast. Many fats crystallize; the problem comes in having the fat crystallize at the right temperature and to the right crystal shape—Shape determines texture. If a similar crystallization is not possible, then it’s likely a textural facsimile will be created through messing with density and viscosity using stabilizers and thickening ingredients.

Artificial sweeteners don’t have the structure of sugar, so they would need to be buffeted with additional structure like isomalt (a low calorie sugar-like alcohol with similar crystallization properties).

Another point to consider is that with the change in ingredients and the usage of additional flavours, it may not be long before the solids (cocoa powder) too are reduced and artificial flavouring used to replace lost flavour. Imagine, “chocolate” that is closer to being artificially-flavoured chocolate Crisco.

Chocolate is high in polyphenols like catechins and procyanidins and they exist mainly in the solids (cocoa powder). These antioxidants are known to help reduce the risk of cancer. It isn’t just the solids that have a bonus though; cocoa butter has just as many health benefits

Cocoa butter contains a unique polyphenol called cocoa mass polyphenol (CMP). This particular compound inhibits Immunoglobin-E (IgE) in the body. IgE is an antibody that we develop whose main purpose is to attack parasites. But there are a great number of people whose bodies over-produce IgE, and it becomes a major player in anaphylactic immune responses like severe food allergies and asthma. So to put it in layman’s terms, by suppressing IgE, regular eating of chocolate can keep some people from dying (or at the very least reduce the symptoms).

Cocoa butter sounds like a wonder fat, doesn’t it?

Damn right it is.

So exactly why does Mars think it has a right to tell people not to eat deep fried Mars bars?